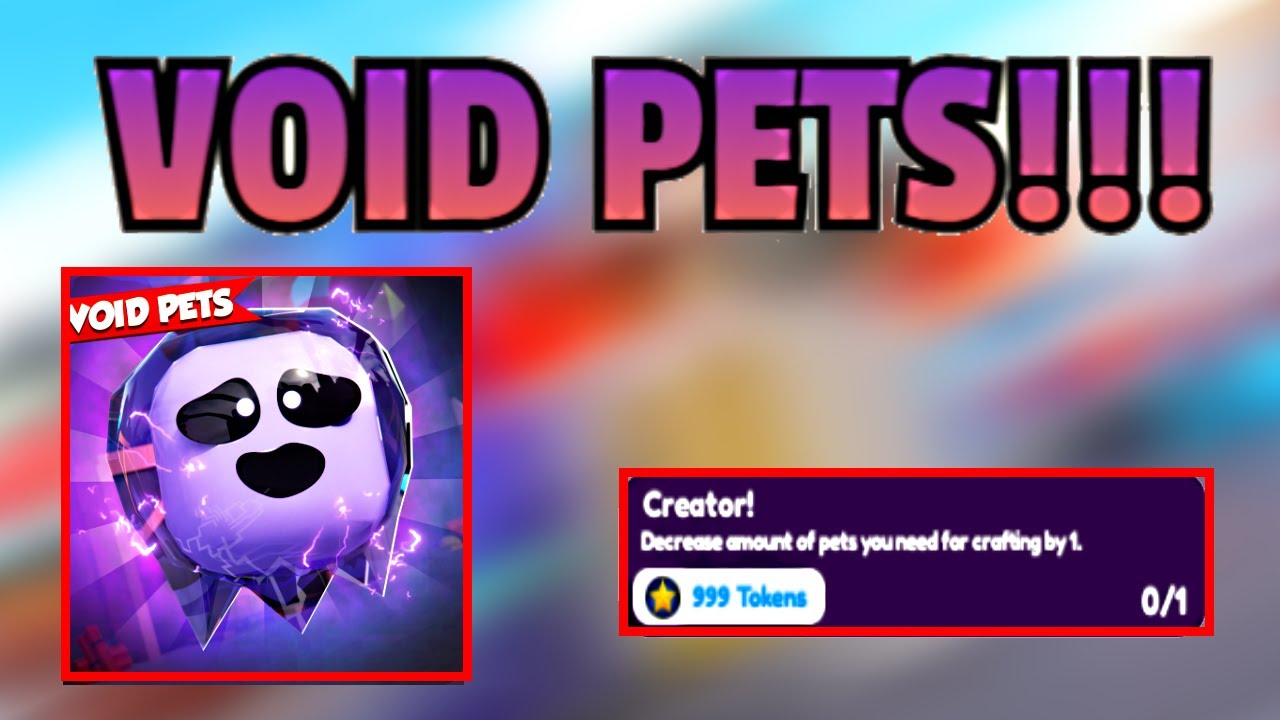 Pets that represent your emotions are imaginary creations of your imagination. By looking at the shape of its eyes and the number of eyes on its body, you can tell what emotion family your void pet belongs to. The early stage void pets are curious, young creatures with a lot of room to grow, and the later stage void pets are wise, large creatures with nuanced emotions. Raising a void pet is thought by some to be a testament to self-mastery, while capturing one is thought to be a mark of self-awareness. Those who master the void are those who master themselves. You must exert more effort to control an emotion that is more powerful. Likewise, higher grade containers are required for rarer void pets. Look at the container color to determine how rare your void pet is.

Void pets all appear the same on the outside: a droplet-shaped being with a long, thick snout and a long tail that curls upwards and tapers off at the end. The first stage of development of all pets has one eye placed in front of the area where their tail meets their snout. Vacant pets possess uniquely shaped eyes that reflect their emotion, which can either be monochromatic or dichromatic. Vacant pets’ colors vary depending on their variant. Growing pets take on many different and unique forms as they grow. The only thing they have in common is the number of eyes they gain with each stage. Void pets can achieve a maximum of five eyes.

As a starting void pet, you’re given three options: Sadness, Anger, and Anxious. When choosing which one you want as your starter, the game tells you to think carefully and consider your choice. There is a unique description assigned to each void pet when selected. All suggest that the difficulty of raising each one increases going from left to right, with Sadness being the easiest to raise and Anxious being the most challenging. As soon as you have gone through all three options, a button will appear on the bottom of the selection screen that says “I don’t like any of them”. As a fourth option, the game offers Envy. This pet’s description claims that it is the hardest to care for compared to the others, stating that “Many people are crippled by this emotion and allow it to control them before they master it.”. It then asks if you’re sure about choosing envy, and then gives you the choice to choose Envy or to go back to the first three starters.

Void pet catching is a relatively simple yet necessary process that you can easily learn. Starting with Ghost Road on the north, and the Institute Entrance on the south, you can find wild void pets outside the Institute that you can catch. Wild Void pets can be caught by clicking (or tapping on mobile) them and selecting “Try to Catch”. It allows you to choose a container from your inventory if you have one in your inventory. Using the container you selected, you can either force capture the Voidpet using void matter, use your container to befriend the Void pet, suss out the Void pet, or give up. Using a container will give you around a 70-80% chance of catching the Void pet, however, every time you fail to catch it with a container, the chances will decrease. Knowing the Voidpet’s personality will tell you what it likes to do or how it behaves. For example, it might say “[Your Void pet’s name] examines the Wild [Voidpet you are trying to catch] and finds that it appears to be very content (or any other trait or activity it enjoys). By giving up, you will no longer be able to catch any Void pets.

The most common color scheme on a void pet is black, grey, and white, but there is a small chance of meeting a vibrant void pet. In Void pet, there are 16 tiers of rare colors called Vivid Variants, similar to shinies or rare coloured pets in real life. There are two tiers of rarity for each color. There is a 5% chance that each pet displays the color assigned to its value, 15 being the most common vivid variant (Phantom) and 15 being the rarest vivid variant (Tartarean).