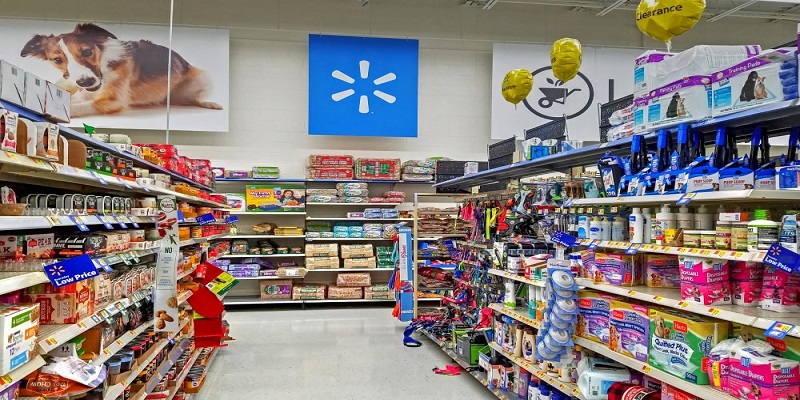 The retail king of the world is Walmart. Almost 5000 stores are located in the US, so you will almost certainly find one near you. Walmart has almost anything you can imagine when it comes to groceries, clothes, home furnishings, and tools. There is no doubt that Walmart is our most popular retailer of products for humans, but they also sell one of the nation’s top-selling dog food at Walmart. Consumers don’t care if they are feeding their 100-pound Great Dane or their 5-pound Chihuahua; what matters is that they get the best price and Walmart is more than happy to fulfill this promise. However, while everyone enjoys saving a few dollars, you need to be careful what you feed your dog, or you could face disastrous consequences.

We have done the research for you and have selected a selection of raw dog food recipes available at Walmart that are affordable without compromising safety or quality. Additionally, we have discussed the safety and quality of dog food at Walmart, as well as whether you should buy them over local pet food stores.

Newer brands, such as Crave, may not be as familiar to dog owners as old favorites like Royal Canin and Purina Pro Plan. Crave is still relatively new to the industry, having only been launched in 2017 by Mars Petcare. Mars Petcare also owns some other pet food brands, including Pedigree and Whiskas, both of which are Walmart’s favorites.

A brand such as Crave is an excellent example of how a dog food manufacturer can create a new brand that appeals to a more educated and demanding audience. Unlike many of the other brands at Walmart, Crave dog food formulas contain a reasonable proportion of fat, protein, and carbohydrates.

Some may be more familiar with Rachel Ray Nutrish, which is available at Walmart and other large retailers. As the name suggests, the brand was created and is still associated with the famous celebrity chef, Rachel Ray. Although it is associated with a celebrity, that does not mean it should be dismissed, and there is an impressive array of recipes at several price points to choose from.

Many dog owners stick to their core recipes because of their low prices, but we are big fans of their Zero Grain recipes, including the above Turkey recipe. Each of these Zero Grain recipes contains a combination of impressive ingredients and nutrition that every dog owner should look for.

Pure Balance is a Walmart-exclusive brand found on the shelves of stores nationwide that we could not overlook when discussing Walmart. Walmart has several exclusive brands, but Pure Balance is an attempt to sell affordable dog food with reasonable ingredient quality and nutrition that can be easily compared to Crave.

It has been extremely successful since its launch, and the number of recipes they produce has expanded (including puppy food and large breed dog food), while existing recipes have been improved.

It is likely that most of you are familiar with Purina, which produces brands such as Purina Pro Plan, Purina Beneful, and Purina One. Like other brands in this article, Purina Beyond has joined the bandwagon of quality ingredients and nutrition at an affordable price.

It is still a very viable brand that you can easily pick up at your local Walmart store, even though it isn’t as highly rated as some of the other formulas we reviewed above. Additionally, Purina Beyond’s products are incredibly affordable, even more so than other comparable products at Walmart.